In 1982-1986, a new mapping of the cave was carried out and new galleries and sections were discovered, reaching a length of 10500 meters. Two artificial tunnels- the current entrance and exit- were excavated. The cave is well-developed and the third floor is open to visitors. At 4 meters after the natural entrance of the cave (first level) an Eneolithic dwelling – a local ceramic center, is found, the only one in Europe preserved in its natural form.

Yagodinska cave is located 20 km south of Devin and 3 km southwest of the village of Yagodina. It is situated on the right bank of the Buinovska River (the beginning of river Vucha), which has shaped the longest and most picturesque gorge in Bulgaria – Buynovo gorge -7 km long. The cave can be reached on the Devin–Dospat road, turning left at the wall of Teshel dam. Because the road from Teshel to the cave is one-lane only, buses over 35 passenger seats cannot drive on it.

The Yagodinska cave / Imamova dupka / is named after the nearby village – Yagodina. In its morphology, it is a multi-level, labyrinth cave. It is 10.5 km long (the third longest in Bulgaria and the longest in the Rhodopes) and is located on three floors, of which only the third (the lowest) is open to visitors. The tourist path is 1250 meter long, and 360 meters of it can be accessed by wheelchair. The entrance and the exit to this floor are artificially excavated tunnels with a length of 150 and 80m, respectively. The third entrance is the natural one, and was the entrance used during the initial studies of the cave in 1963. At the beginning of the natural entrance, an eneolithic dwelling dating from the 4th millennium BC was found.

Those with creative eye can spot cave formations resembling Santa Claus, Snow White and the Seven Dwarfs, Madonna and Child, Pijo and Penda, animal figures and many more interesting figures can be seen in the cave if you have good imagination.

In the cave there even is a ritual hall for civil marriages.

Due to the great length of the underground galleries, Yagodinska cave is rich in animal and plant species. From the animal world, different species of bats, cave locusts, spiders and others are present, and from the flora – lichens, mosses, molds and mushrooms.

Eleven species of bats are recorded in the cave during the different seasons of the year. Six of these species are of priority for conservation throughout Europe – the large and small horseshoe bats, as well as four species of bumblebee bats: the large, the squirrel, the long-haired and the tricolor. In the summer months the natural entrance of the cave is an important gathering site for bats. Every evening, from August 15th to September 30th, about 9-10 different species of bats gather around the natural cave entrance. In the winter, mainly the large and small horseshoe bats remain in the cave.

There is a paid car park at the site of the cave, and also a restaurant and small market with local products like honeys, teas and mountain crystals.

The Eneolithic dwelling is located on the first floor of Yagodinska cave. It is 200 sq.m. in size, and the temperature inside is 18 C. Its entrance is the natural entrance of the cave which has been used during the initial study and mapping. It is located 200m left of the cave exit and can be reached following a marked path about 50m long.

The Eneolithic dwelling dates back to 4 millennia BC / chalcolithic period / and in it, visitors can see many interesting artifacts from the life of ancient civilizations like: kiln, ceramic vessels, ceramic fragments, tools, charred corn, charred fabrics and many more. 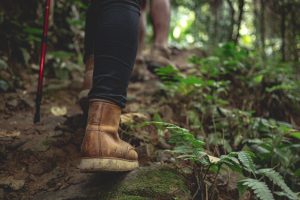 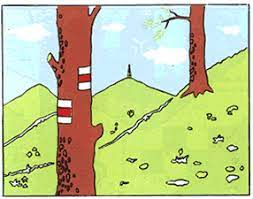